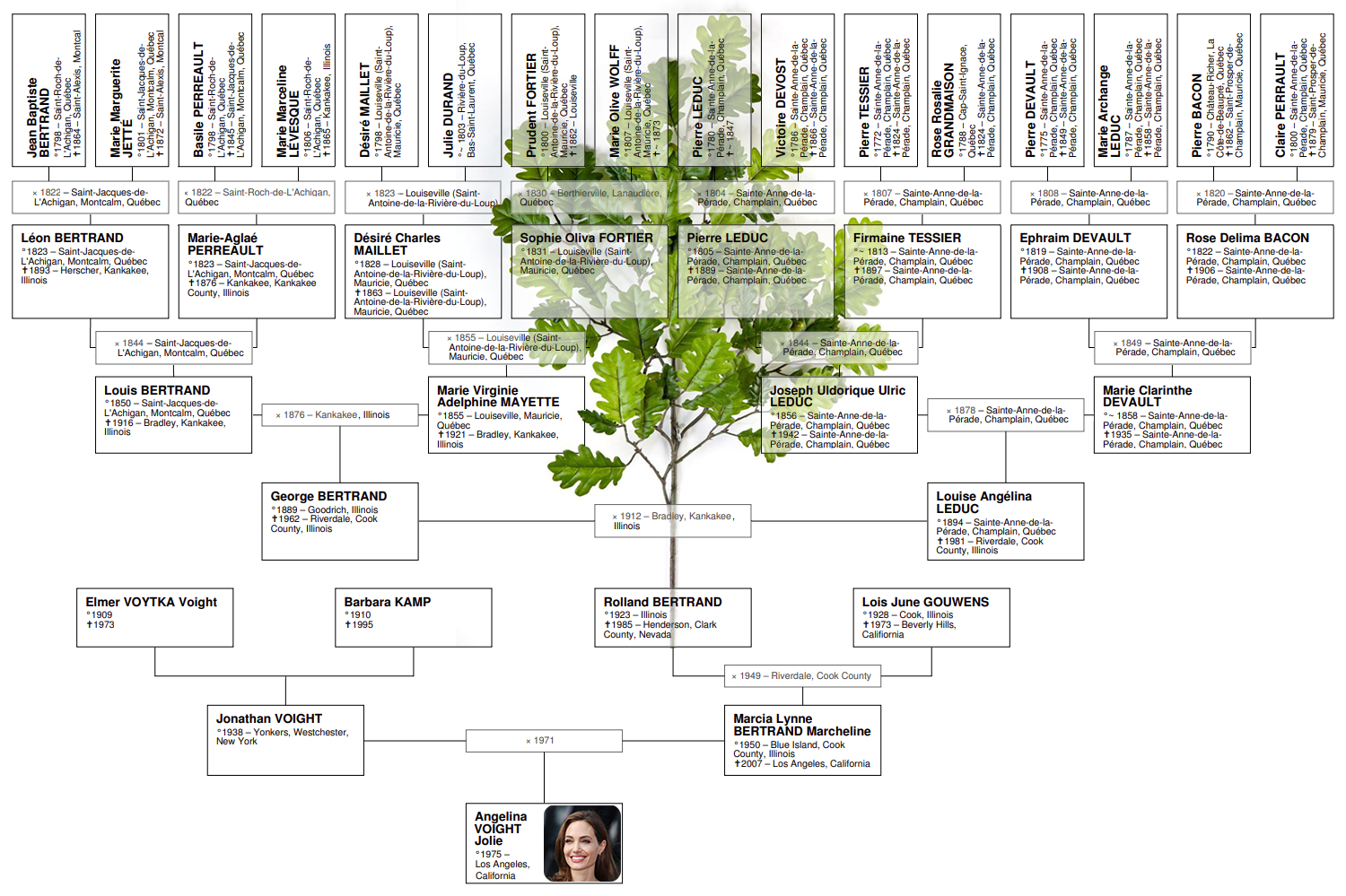 perche-quebec.com has discovered that Angelina Jolie has many family ties with other celebrities in the film industry (Ryan Gosling, Xavier Dolan), politics (Hillary Clinton, Justin Trudeau), and music (Madonna, Justin Bieber, Celine Dion, Alanis Morissette). All those celebrities have in common French-Canadian pioneers, and in particular Percheron pioneers. 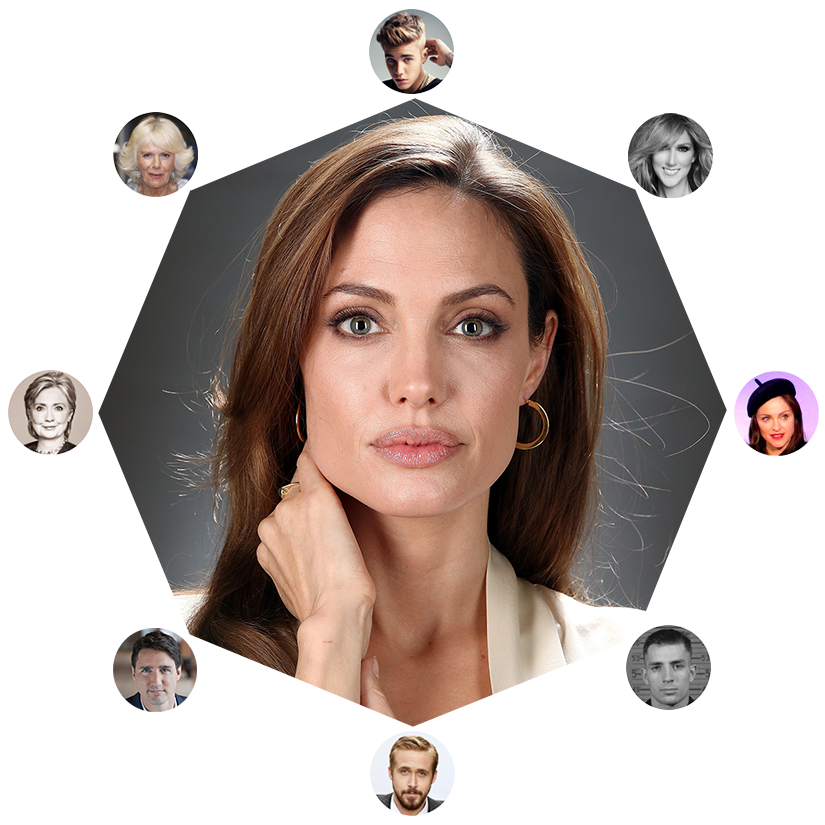 source & infographics perche-quebec.com
Angelina Jolie has many family ties with the famous descendants of those Percheron pioneers.

The Percheron ancestors of Angelina Jolie

perche-quebec.com has identified more than forty Angelina Jolie’s ancestors whose the origin is Perche (France) in her maternal lineage. All immigrated in the 17th century.


note
[*]  Estimated year
[1]  There is no documented evidence that Eloi Tavernier moved to Canada. According to Mrs. Montagne, he attended the wedding of his daughter Marguerite on May 1, 1644 in Quebec, but according to PRDH, he is not mentioned in the marriage record.